The original plan has long gone so the plan included here is based on headstones , markers and old photographs.Due to this many locations  will never be found , although the section in the cemetery is often known.
The graves shown with hatching are so weathered they are difficult to see, heavy rain over the years has made them almost invisible due to runoff or they have become overgrown with vegetation. Some do not appear to correspond with the organised setting out of the other graves which would indicate they are earlier than 1870.

The cemetery had originally seven sections :
Church of England , Presbyterian , Independant , Roman Catholic . Wesleyan , Open ground and Chinese.
These were to be marked with boards, octagonal in shape , 10 inches by 14 inches, painted in black letters on a white background .
These boards are no longer there but most of the sections can still be seen, unfortunately the 4 foot wide grass paths separating the  C/E and Presbyterian sections, and the Catholic and Methodist sections are not ,  but I have listed the burials into these sections so it is possible to get a better idea where one starts and the other ends. The Wesleyan and Independant sections are not obvious.
When the plan was created there were more iron markers and wooden crosses than now. Over the years since then some have disappeared and some been moved. New headstones have also appeared but not always with consultation or permission from the Cemetery  Trust  in office at the time , and some of these are incorrect. This permission is a legal requirement and it also allows the Trust to verify the records for accuracy as well as making sure the monument is suitable for the particular cemetery ...... dimensions, style , material and wording.  Under the Rules and Regulations of the cemetery these monuments  can be legally removed.

An example of the above is the Cheong graves in the Presbyterian and C/E sections. The headstones erected do not match the records ,the family names are correct but do not correspond with the headstones :-
Grave 40W is listed as being for  Luke,Ada,Gilbert,Helen and Veronica Cheong.
Grave 57W is listed as being for Edwin,Evaline and Gladys Cheong.
Grave 61W is listed as being for Sarah and Rubina Cheong.
The headstones , meanwhile , put Luke and Helen in one grave , Ada in another and Sarah,Ruby,Edwin and Evaline  in the third, Gladys is mentioned but it is unclear if she was buried there too, ( she was) whilst her brother seems to have been buried in Runnymede.
What is also strange is that a direct family descendant was Alf Cheong, who was the Cemetery Trusts secretary and recorded the later locations in the register ............due to this confusion I have not  marked the grave numbers on the plan , with the exception of George

The list of people located in the cemetery is organised by sections and then rows from N to S, and E to W., where possible.
The plan shows known grave numbers and the wooden crosses are marked with a W.
Due to the cost of burials it was common practise to bury stillborns or infants in a grave with someone else, or have up to four babies buried together in a single grave who were totally unrelated. This was not confined to the Whroo Cemetery by any means but it certainly confuses the issue. 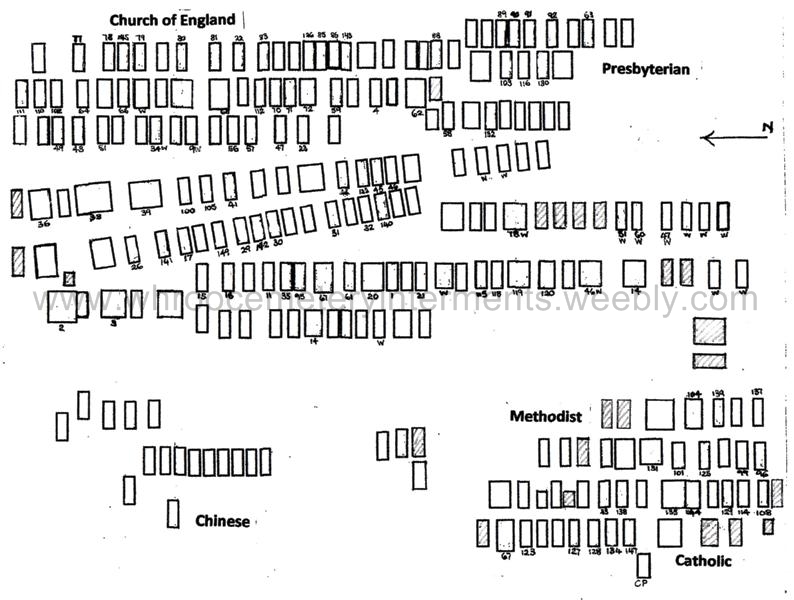 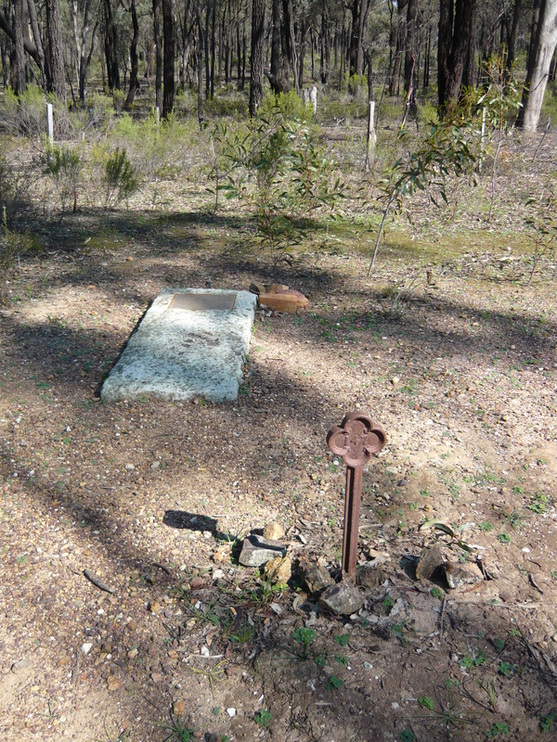 This commemorative plaque lies at the edge of the Catholic and Methodist sections. If the exact location of a grave is not known , then this is the accepted method. 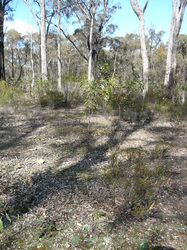 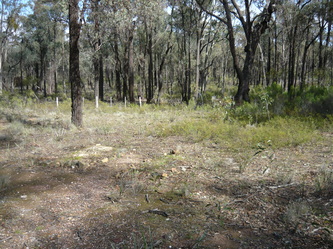 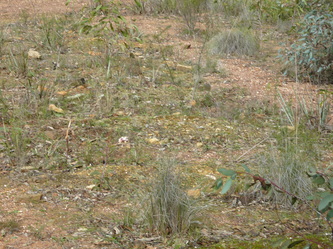 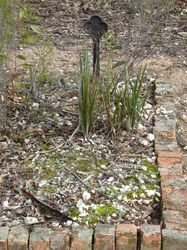 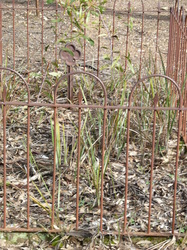 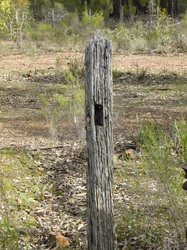 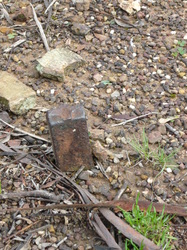 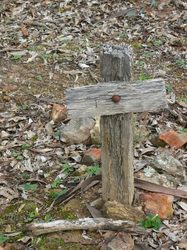 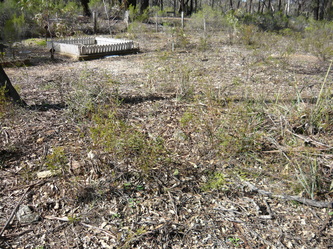 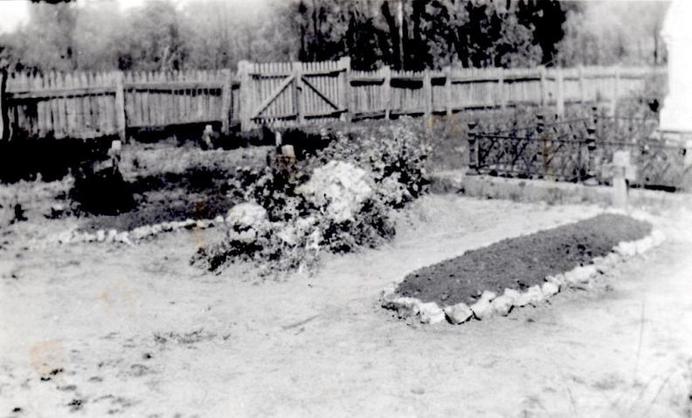 Photo courtesy of Paul LeRoy
The old photograph was taken in 1924 after the funeral of James Pettifer.
The right hand grave is that of Mary Jane Pettifer ( Grave 51 Pres )
The grave with flowers  is that of James Pettifer ( Grave 60 Pres )
Note the use of white quartz stones around the graves and the splendid picket fence around the cemetery with the double gates.
Contents of this website may not be reproduced or republished without permission - copyright Nicola Thomson 2013
Proudly powered by Weebly